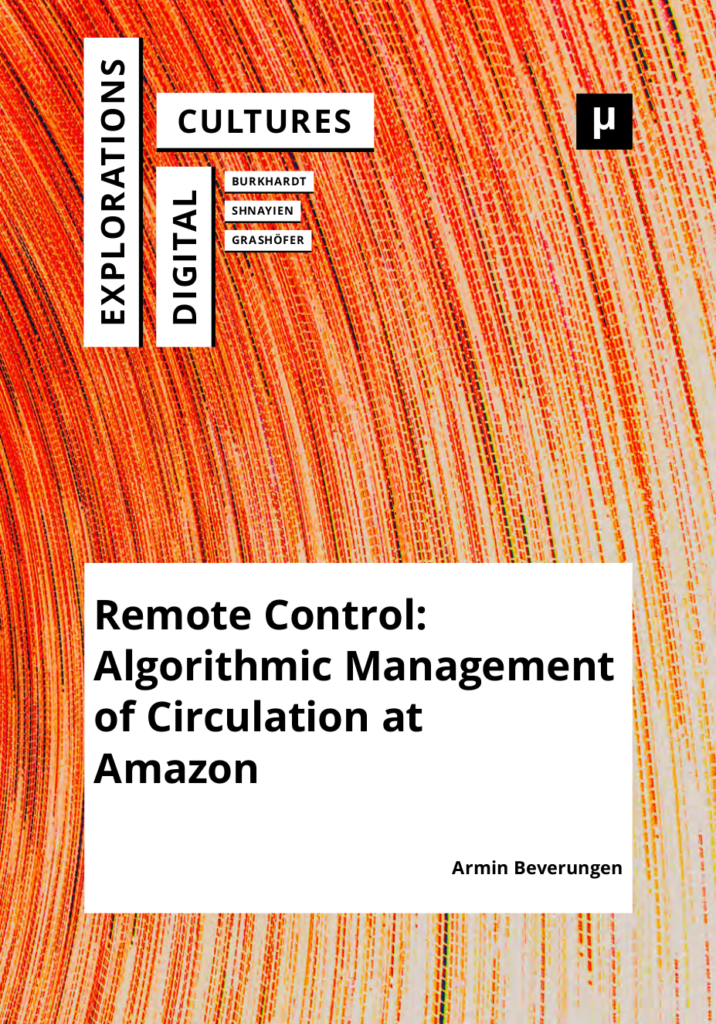 This chapter examines how logistical media organize circulation at the online retailer Amazon. The chapter takes a look at the warehouse and the interaction of algorithmic management with architectural infrastructures and infrastructure space. Over the last decades of the 20th century, logistics became the ubiquitous science of managing circulation, with Amazon today considered the epitome of contemporary logistical intelligence. In the warehouse it becomes clear how a mundane and relatively simple tracing infrastructure in interaction with algorithmic management generates a chaotic material order and an opaque, widely networked system whose logics extend far beyond the warehouse. Lastly, I look at the fantasies and future scenarios that drive the development of Amazon’s logistics, which raises the following question: how can the circulation of labour, data and things be decoupled from the circulation of capital and how can its logistical media be reassembled?