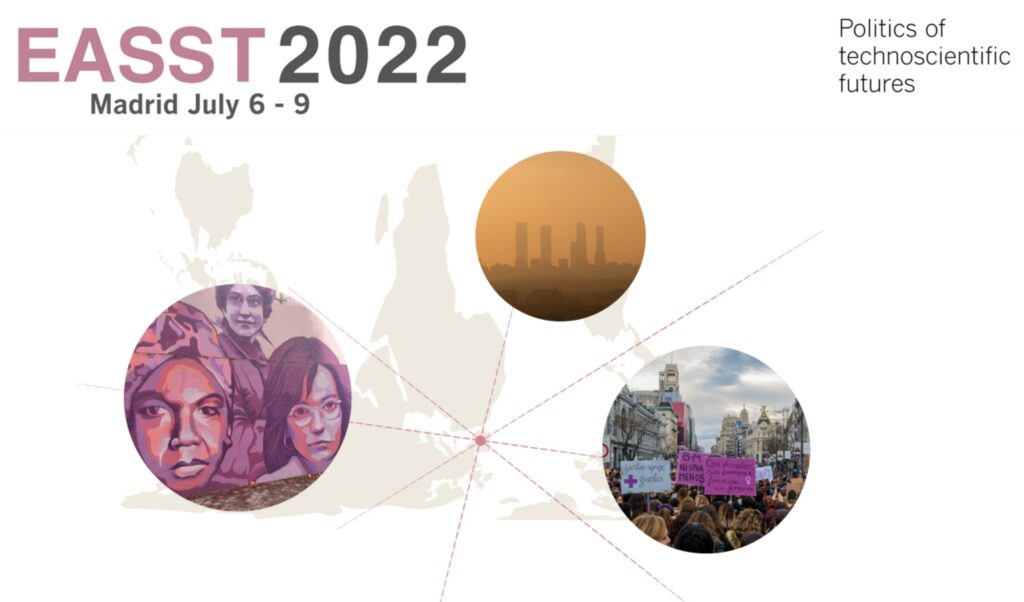 Members of the project Ilia Antenucci and Armin Beverungen are co-organizing (with Andrea Pollio, Polytechnic of Turin, Italy / University of Cape Town, South Africa and Paula Bialski, University of St. Gallen, Switzerland) a panel on “Urban Speculations” at the European Association for the Study of Science and Technology (EASST) annual conference.  You can find the abstract of the panel below and more information on the conference including the program here: easst2022.org/.

Computational environments make speculation an ordinary component of urban life. Autonomous vehicles speculate on mobility patterns in the data analysis of forms of sociality on and off the street. Algorithmic urban platforms influence social, economic, and political interactions, establishing boundaries and divisions in urban space via homophilic logics. Patents speculate on the automated futures of a logistical city populated with delivery robots and drones. In these and other ways, speculation – the technological, financial, legal, and social capacity to act in the present against a set of future possibilities – becomes both ubiquitous and mundane. Through test-beds and experiments, technology – married to financial speculations such as those of venture capital invested in platform companies – is deployed to speculate on cultural and social life in the city, and in this way puts in a claim for cities’ technoscientific futures.

At the same time, the social, cultural, and political implications of what it means that ‘the city’ has in many ways become the basis for speculation remain to be enumerated – particularly with regards to notions such as prediction, resilience, or preemption, which structure much of the debate around techno-urban developments and operationalize the logics of platform urbanism. Besides an applied focus of urban informatics or smart cities, science and technology studies, media studies, and urban studies must grapple with the “speculative ordinaries” of the ways cities are remade. To do so requires both methodological adjustments – such as media histories of urban technologies, ethnographies of infrastructures, but also digital methods of data exploitation – and conceptual developments concerning the speculative imaginaries of testing, patenting, and investing.

The aim of this panel is to gather situated perspectives on urban speculation(s) from both conceptual and empirical approaches. We particularly welcome abstracts that explore the gendered, racialised, and postcolonial dimensions of speculative processes. More specific themes that we seek to address in the panel include, but are not limited to: Which narratives dominate the (speculative) futuremaking of urbanism through technologies? Who are the agents acting – and in whose interest – to make, predict, influence, and shape urban technological futures? How are these agents materialized, embodied, and performed, and what exclusions are maintained? What possibilities of city making do counter-speculations or anti-predictions, in everyday practice and elsewhere, offer?