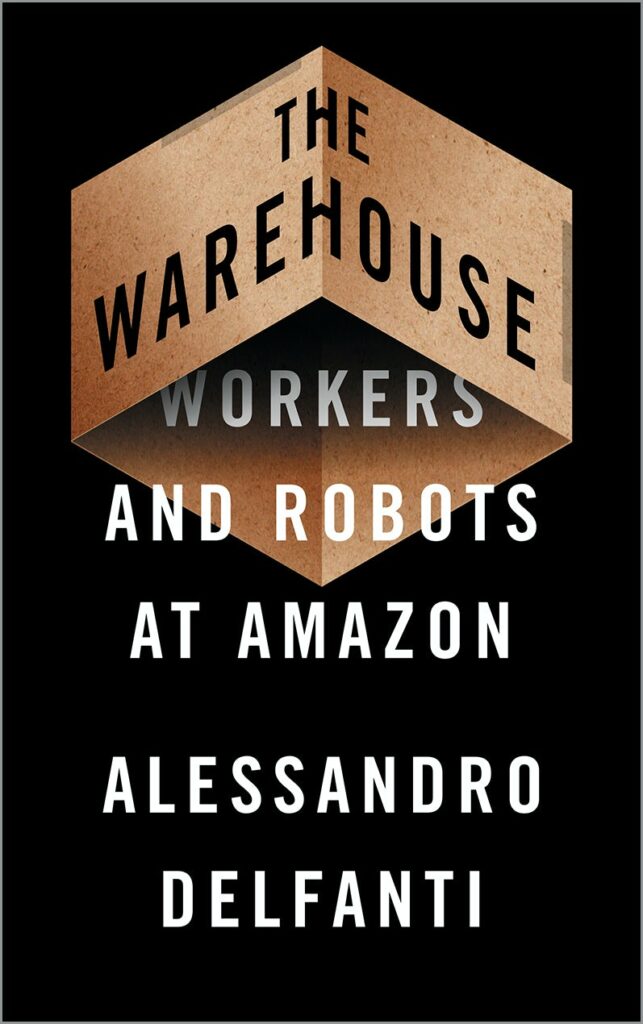 CDC Talk: The Warehouse: Workers and Robots at Amazon

‘Work hard, have fun, make history’ proclaims the slogan on the walls of Amazon’s warehouses. This cheerful message hides a reality of digital surveillance, aggressive anti-union tactics and disciplinary layoffs. Reminiscent of the tumult of early industrial capitalism, the hundreds of thousands of workers who help Amazon fulfill consumers’ desire are part of an experiment in changing the way we all work. In his book, Alessandro Delfanti takes readers inside Amazon’swarehouses to show how technological advancements and managerial techniques subdue the workers rather than empower them, as seen in the sensors that track workers’ every movement around the floor and algorithmic systems that re-route orders to circumvent worker sabotage. He looks at new technologies including robotic arms trained by humans and augmented reality goggles, showing that their aim is to standardise, measure and discipline human work rather than replace it. Despite its innovation, Amazon will always need living labour’s flexibility and low cost. And as the warehouse is increasingly automated, worker discontent increases. Striking under the banner ‘we are not robots’, employees have shown that they are acutely aware of such contradictions. The only question remains: how long will it be until Amazon’s empire collapses?

Alessandro Delfanti is an associate professor at the University of Toronto, where he researches the politics of digital technology. He is the author of The Warehouse: Workers and Robots at Amazon. He will be in conversation with members of the “Automating the Logistical City” project.